One of the greatest things about freshwater fishing is that you do not need an expert to guide you.  Its pretty easy to pick up the sport just by watching fishing programs or getting tips from friends and your local sports store.  Fishermen love to hang around the sports store and look at gear while telling their latest ‘big one that got away’ fish story.

Fishing in streams and rivers as well as lake fishing is something that can easily be taken for granted.   Especially if you live in an area where these are abundant.  However, for my money, fishing in fresh water is still one of the healthiest hobbies or activities a person can indulge in.  You might say that freshwater fishing gets in your blood.  Not to mention that when you go on a fishing trip, you have a chance to see and enjoy some of the Worlds most beautiful scenery while you’re at it.

Where to enjoy freshwater fishing

In Canada, freshwater fishing is widely acknowledged as among the best fishing in the world.  Fishing in Canada offers the incredible water systems of Ontario such as the Great Lakes and the amazing mountain fresh rivers of British Columbia.  Also, on the short list is the trophy fly fishing river south of Calgary ranked in the top 5 or 6 in  the World.

In the U.S. Bass fishing is considered to be America’s number one freshwater sport – with the industry growing 70% higher than any other types of freshwater fishing.  Freshwater fishing is more limited in the boiling hot south mainly because many of the smaller rivers dry up in summer.  Freshwater fishing is also available in numerous rivers, creeks, and lakes in and around the Juneau area in Alaska.  Whether you want to try freshwater fishing, fly  fishing or saltwater fishing, Juneau Alaska should fill your needs.  The water systems in Nicolet National Forest are well known for walleye, small and largemouth bass, crappie, northern pike, and many species of panfish.

Whether you want to find helpful freshwater fishing tips and resources or are interested in researching other aspects of this fascinating sport, please explore our site and by all means share your fishing photos with us.  If we like it we’ll post it here.

Are you ready for National Hunting and Fishing Day? Shop Bass Pro Shops. 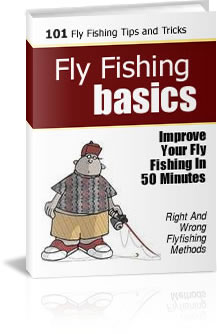